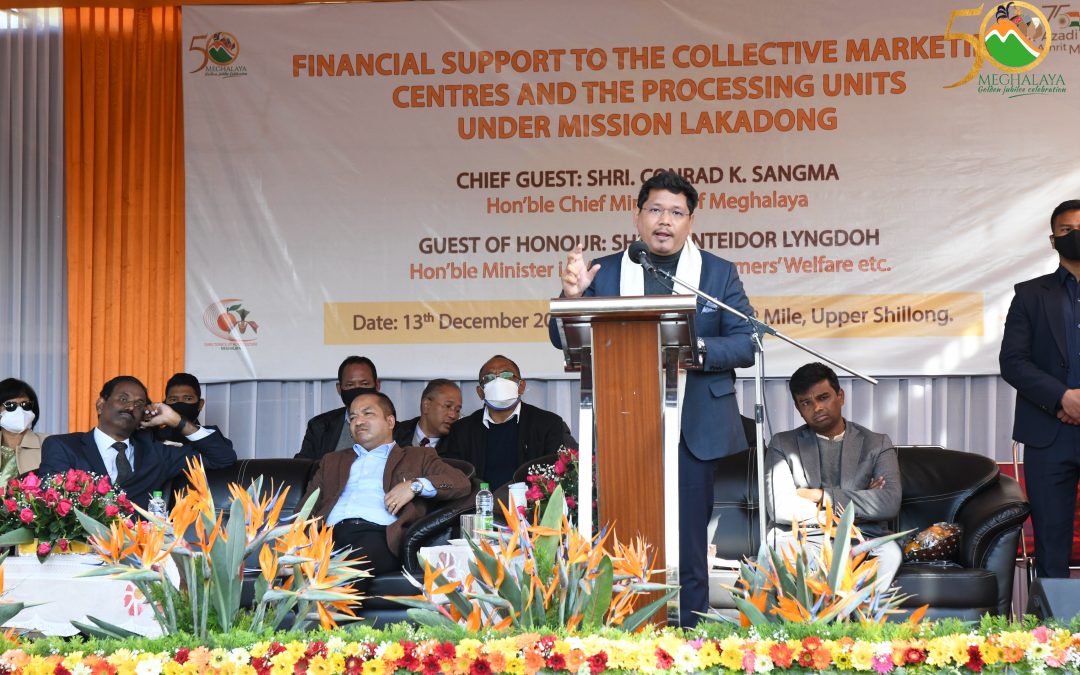 Speaking to a gathering of Lakadong turmeric farmers from Jaintia Hills, Chief Minister, Conrad K Sangma said that until a few years back the main source of income for the people of Jaintia Hills was through coal mining and added that an alternative sustainable source of livelihood needs to be created for the people as coal is a non-renewable resource. “We need to create an alternative source of livelihood and parallel industries out of the natural resources that we have that is renewable, sustainable and environment friendly,” he said. He also informed that the government has been trying to promote grass root level organizations in different sectors and direct benefit has been given to the farmers through different interventions. He informed that five crores will be distributed to sixteen different CMCs and two Processing Units out of which 20 lakhs will be given as grant for infrastructure and ten lakhs as working capital support.

The Chief Minister said that not mere transition but a Just Transition is important for the society. He also informed that two curcumin extraction units of ten crores each will be established in the region at the earliest. “The closest extraction unit is in Bangalore and it is an absolute necessity that we have curcumin extraction unit in the State,” he said. He also urged the entrepreneurs to come forward and take the lead to run the business and be a part of the Lakadong Mission.

He also informed that Organic Certification Centre and Testing laboratories to confidently export the Lakadong produce to different parts of the world will also be soon set up in the State. The Chief Minister also announced that in February 2022 when all the CMCs will be inaugurated the Lakadong Festival will also be held to promote and celebrate the Lakadong turmeric that is unique to the State. He also stated that Logistic Centres at Umroi and Jengjal airports are at the final stage of funding and these Logistic Centres would also help the farmers of the State to market their products.

Earlier, in his Key Note Address, Commissioner & Secretary, Agriculture, Dr Vijay Kumar said that through the CMCs the farmers will be provided facilities of infrastructure, storage facilities, machinery to process the turmeric and working capital in an integrated manner.

Among others who spoke during the occasion were K N Kumar, Chairman, Meghalaya Farmers Empowerment Commission, A Suting, Chief Operating Officer, Livelihood Improvement Finance Company of Meghalaya (LIFCOM) and local Lakadong farmers who shared their experiences.